Arjun Rampal and Scarlett Johansson were both on the verge of becoming superheroes in 2010. Arjun was set to star in Shah Rukh Khan’s Ra.One, while Scarlett was about to make her Iron Man 2 debut as Black Widow. The two actors met in France at a champagne harvest, when they picked grapes, drank champagne, and, in Arjun’s case, were overcome by Scarlett’s beauty. 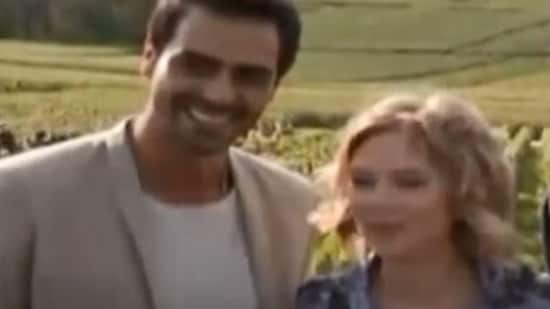 Arjun Rampal and Scarlett Johansson were seen working in the vineyard in a video posted by at the time. When Arjun was asked if he’d been able to harvest more grapes than Scarlett, he laughed and said, “Scarlett is a seasoned pro. She’s being compensated for it.”

Arjun is currently planning to film Dhaakad in Budapest, which is also a significant location in the Marvel films for Natasha Romanoff. Scarlett Johansson, who will play Black Widow for the final time in Marvel’s next solo feature, recently acknowledged that the film will explore the character’s background, namely what happened in Budapest. For more updates on celebrities, Hollywood, Cricket, sports, technology and business, stay updates with the latest posts of The Midget Herald.