The most popular song of Judwaa 2 , Tan Tana Tan had a very popular step which all the Indian fans loved admiring and trying out. However the B-Star Varun Dhawan made Chris Patt do the step and the entire Hollywood is loving it.

Varun Dhawan even shared the video of the dance step od Chris in his instagram handle. The video was all about Varun asking some questions to Chris just after the release of his movie. 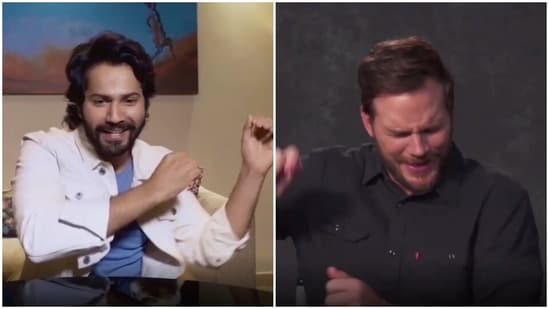 The video starts with Varun asking a few questions about show parks and recreations and how he was well enough to play the role of affable. He further went on to ask him about the deep conversation with Chris had with his  father-in-law, Arnold Schwarzenegger regarding work.

Before this Varun had invited Chris and preseted him with a birthday cake. he asked chris to blow off the candles to which chris replied Shukriya at the end.

ADVERTISEMENT
On Friday, Amazon Prime Video will premiere The Tomorrow War. It’s about humanity from thirty years in the future requesting assistance from people living now in order to fight an extraterrestrial invasion. Chris is one of the super troops dispatched to 2051 to combat aliens and restore order. Adam McKay is the director.

For more updates on celebrities, Hollywood, Cricket, sports, technology and business, stay updates with the latest posts of The Midget Herald.