Margot Robbie Speaks up about Filming stunts affecting her body

While working on several different projects, Margot Robbie opened up that she has been affected with several adrenaline responses while shooting for action films. She is the upcoming starts and heroine of James Gunn’s Suicide Squad. During an interview with The Hollywood Reporter, she  said that the explosive scenes has made her body understand that she is in a war zone.

However she wants more women to be a part of this who can break the stereotypical norms and give rise to the active women’s play. She is fighting for it. She also claimed that she was suffering from migraine pain since her childhood. This was the worst part of her, and being on such  a set even worsened it. 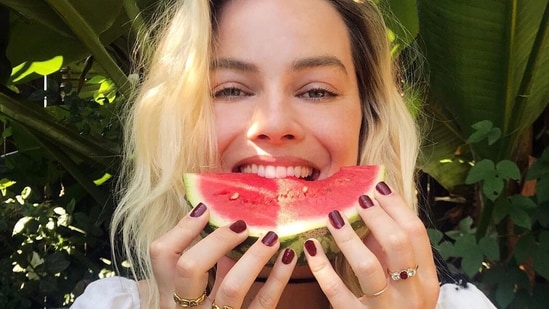 Despit all of this, she takes her medication on time.  This has also affected her sleep schedule and everything. However she also feels that these scenes re very amazing and fun to play. She ultimately thinks that she is lucky enough to be getting such opportunity again and again.

For more updates and latest news on cricket,sports, technology, entertainment, stay tuned to the posts of The Midget Herald.