The B-Town actress who was much in the media channels last year owing to many controversies right from the Sushant Rajput Case to drugs and NCB case, the Bengal Tigress Riya Chakraborty comes in support of international singer Britney Spears amidst her ongoing legal war to end her conservatorship. 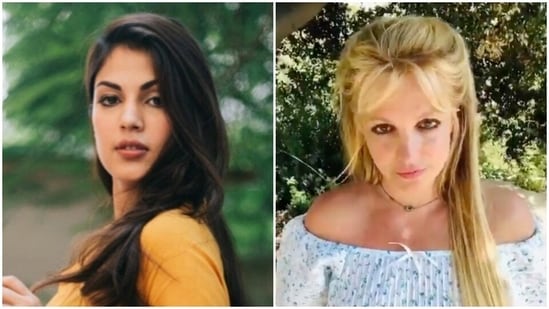 She showed her support for Brittney on her Instagram by using the hashtag #FreeBritney. As pet the US weekly, Britney Spears was put under the legal guardianship since February 2008 after separating ways from Kevin Federline. She has been under conservatorship for 13 years. The court has ordered agreements that has made her ex husband and the father of her children Preston and Jayden has control over her real estate and other important life decisions.

On Wednesday, Britney Spears confronted virtually before Los Angeles superior court judge Brenda Penny, She did this and demanded her independence from the 13 year long courtship. For more updates on Entertainment and Bollywood, stay tuned to the latest news and posts of The Midget Herald.

Revenue from 5G services to be insignificant for late adopters, says Moody's